I will never be adept

to dancing to a tune

that can change in a measure.

I will never get used

that some people can deal

just because they can

The thirst for absolute power

I actually found this in a comment of mine, and I liked the poetic images so I am claiming it as a Found Poem.

as your jagged temper serrades my bones.

in this marathon inside my mind,

as weeping walls will their way, ever closer,

once fattened with short-order convenience.

YOUR hateful words pierce their way

I claim my territory with warrior yells

as our marriage vows dissolve

into an acrid covenant of fear….

an uncounted tragedy of viral warfare.

I have been deeply saddened that many couples in China have survived the horror of long quarantine only to succomb to the pain of divorce.  I woke up with some of these words in my head, only imagining the stressful events that led to this decision.  I pray for healing and hope to come to our lands soon.  But more import

There is a whisper in my mind that tempts me to fear….

….as death grips its silent hold

…..and governments slide on their lies

There is a whisper in my mind that tells me to flee….

….as locusts munch us into famine

….and the earth quakes with premonition

There is a whisper in my mind that trains me to follow….

For its ever etched trickle,

into a raging waterfall 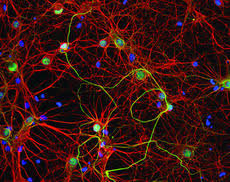 I am seized with ailing thoughts

as my synapses loop masochistic hindsight.

I drift in hazy dreams of If-Then……

or I shall drift

undone by its incomplete script

or tomorrow shall see today’s loss!

These layers on layers

of half written plays gather dust

and I cannot brush away the scattered pages.

give weight to thoughts forever unanswered.

I glide through present day

untouched by feeling for fear

of feeling the pain of a life shattered

as it slowly circles the drain.

I must release this unchangeable past

or go mad from wasted hope.

Part of my obsession is an uncontrolled looping journey into the past.  If I am to overcome it I must break its’ hold over me.

I am seized with ailing thoughts

as my synapses loop masochistic hindsight.

I drift in hazy dreams of If-Then……

These fragmented sentences and words unsaid

give weight to thoughts forever unanswered.

and I cannot brush away the scattered pages.

I glide through present day untouched by feeling,

for fear of feeling the pain of a life shattered

as it slowly circles the drain.

Or I shall drift into meaningless past,

undone by its incomplete script

and tomorrow shall see today’s loss.

I must release this unchangeable past

or go mad from wasted hope.

For introtopoetry, Day Nine: Apostrophe.  An apostrophe is an exclamatory figure of speech, sometime started with “O”, often directed to a third party.  Im not sure if this “hits the mark” but it suited my plea.

I wrote this some time ago, in a state of passionate exasperation, in less then five minutes one day when I was just fed up with ruminating over what was and creating dreams of what could have been.  My struggles with obsessive thoughts have, thankfully, softened with time.

A shadow has fallen

upon the scenes so lately lighted;

an iron curtain has descended

but now war can find any nation,

wherever it may dwell

between dusk and dawn

For Intro to Poetry: day seven, Found Poem.  From the lips of my hero, the incomparible Sir Winston Churchill.

whispy as a cloud,

I turn toward and away,

I drift, ever seeking

my lodestone, my compass,

pointing to my True North.

I feel that my purpose will always elude me……

A Hormonal Surge of Intense Feeling

A Free-Flowing Concise Dance with Words

A Short Burst of Beauty-Sorrow-Drama or Humor

A Heady Metaphorical Mix of Incense, Perfume and Poppies

A Literary High Calorie Delight….. to be Savored in Small Bites

A License for Ideas–Thoughts–Topics not Otherwise Well Received

A Tidal Flow that Inspires–Provokes–Symbolizes and Addicts the Reader

It Demands a More Precise Word;  a Better Turn of Phrase;  a Higher Degree of Feeling

Poetry is a Sinuous, Sensuous, Symbolic

a peek into the poet’s soul

yet poetry’s creation calls to us

I decided to engage in Intro to Poetry series at wordpress and while this is not strictly alliterative I think it evokes the feeling of alliteration….but you decide!

as I swept away

your torrents of resentment

with each mendacious huff,

each empty puff of air.

We shore up our fragile shelter

and bolt down empty promises

with the brightness of “someday”.

and leave their mark…

I tense again and again….

my face a stoic mask….

I am too terrified to speak…

afraid that what little bravery I hold…

will spill out of these bloody marks….

Snakelike sheaths march up my veins…

I taste the burning cautery…

as the room fills with smoke….

I remain silent, my muscles frozen….

painfully locked in place against the fear….

and I separate mind from body….

as trickles of blood slide down my skin…

to pool on the sterile sheets below.

This is a small description of a torturous procedure I had recently.  For the last 7 years I have had intermittent episodes of severe pitting edema in my lower legs.  When it first presented, I went to my primary, and since I was also very fatigued and was dreaming that I had cancer, I announced to him that I had cancer….somewhere, and I thought it was lymphoma.

When one presents crazy self diagnoses to ones’ primary, telling them that ones’ data is partly from a dream is not conducive to agreement.  More likely, they will think that one is having a bipolar moment and call the psychiatrist.

My primary is pretty cool.  He calmly told me that cancer is always possible but far down on the list of possibilities and it was time to get my veins fixed first.

I tried.  A thousand dollars later, after they assured me that my insurance covered it, they recanted and said for some reason my insurance was denying me.

I did have cancer.  Unfortunately it had nothing to do with my leg swelling.

The pitting edema has gotten so bad that at times I can hardly walk by the end if the day. I am struggling to keep my very stressful, active job with a body that is ready to quit.  So I decided to try again with a different center.  I told them my story and they said that of course my insurance covers it.  So a thousand dollars later my ultrasounds show that my veins still suck and I am a candidate.

Again at the last moment I was denied.  This time, the center took it all the way to the top of my insurance company.  And were told there was a rider placed denying treatment for venous disease.  A-ha, that is why I couldn’t get it done in the past, and why several other people I work with also were denied.

I hit the roof. Called the insurance rep for my hospital and told them that this was unacceptable, I was a candidate and she needed to get me authorized.  She did.  Funny thing is, everyone then denied that there was a rider, only a “misunderstanding”.

Hmmmm…..I have my own opinion about that, but now other people in my hospital can get treatment, and believe me I emailed them.

Having varicose vein treatment is nothing less than torture.  I had no idea.  While I really like all the people at the center I am getting treatment at, they are in the dark ages when it comes to pain management.  It is barbaric.  No pre-medication, nothing during the procedure but dozens of lidocaine shots and no pain medication after.  Have you ever had a lidocaine shot?  It burns like fire.  Now imagine up to 15 shots of 10-20 ml lidocaine all up and down your inner leg from groin to ankle, and large sheaths threaded up the vein so it can be burned closed.  I could see the smoke coming up from my body and taste the acrid smell of burning flesh.  Afterward I had huge hematomas from groin to ankle for about three weeks.

That was the easier procedure.

Yesterday I had “sclerotherapy” with vein stripping and another great saphenous vein closure.  I think I passed out after shot number 50.  Two hours of shots, introducers, cauterization, the hard pull of veins reluctantly leaving their 40-odd year home and the drip drip feeling of blood running down my legs.  I do remember the interventional radiologist asking his assistant to make sure I was still alive because no matter what they did I didn’t  move a muscle or even sigh.  He told me afterwards that I was the best patient he had ever treated.  LOL.

In me, terror induces a catatonic-like state.  Heck, I think a corpse would have moved more for him.

Today my legs look like I was beat to a pulp.  I can hardly move.  But–OH–I am grateful.  Grateful that perhaps this will help, that my insurance decided to pay for it, that I am TOUGH.  Hope makes the experience worthwhile, and the end will justify the means.

Why don’t they give pain medications?  I assume its because most people who get this treatment are old, have various amounts of neuropathy, take three pages of meds that may cause problems and they just don’t want to hassle with it.  I do think they need to prepare people better and announce that they will have to suck it up and take it like a person getting tortured.

There’s adult medicine for you.

Fantasies of a Forlorn Fairy
Blog at WordPress.com.
Loading Comments...